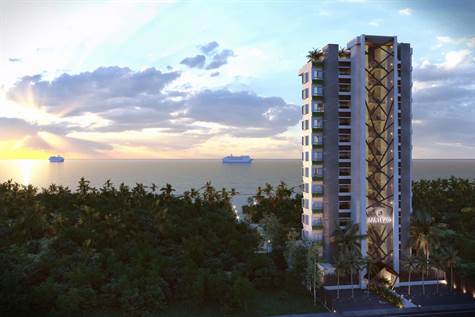 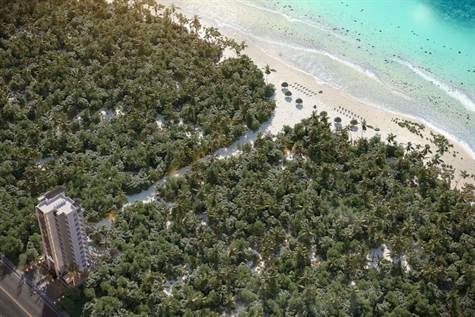 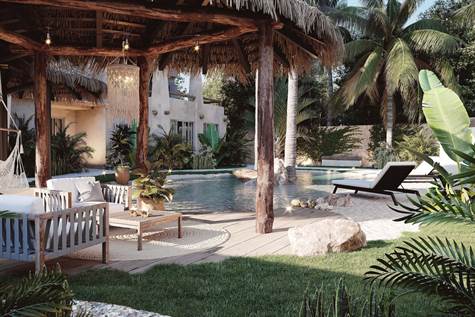 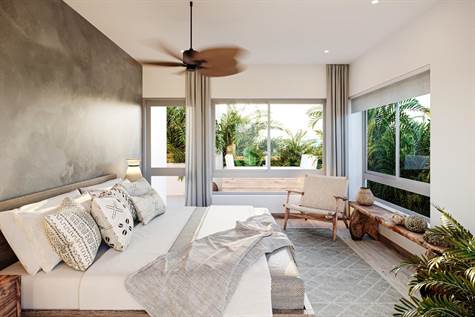 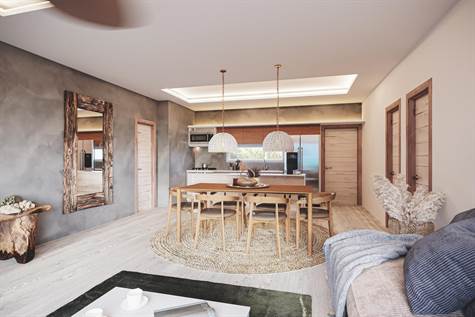 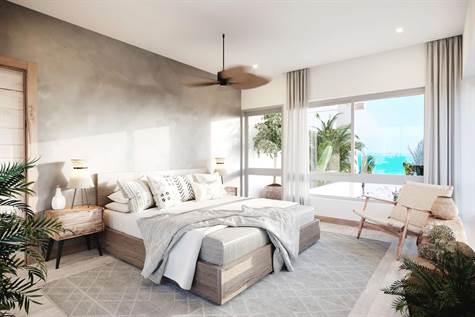 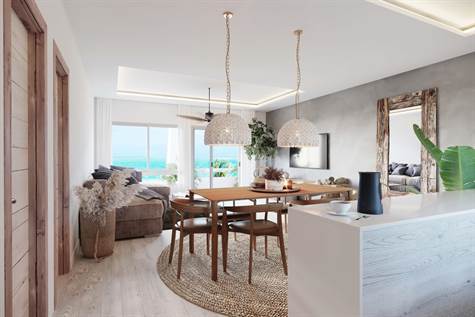 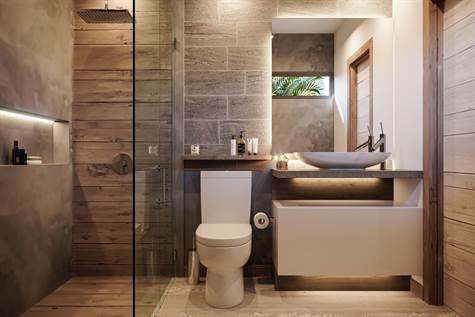 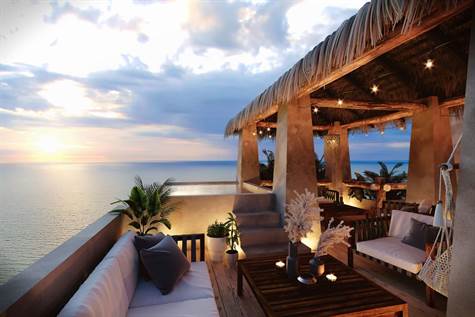 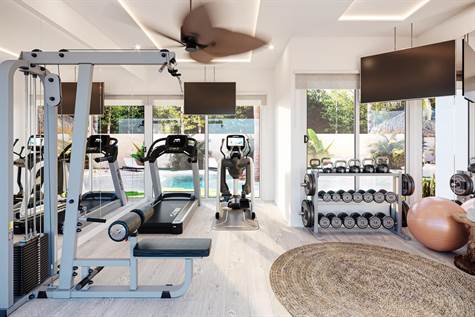 In a piece of land located on the North Coast Highway Km. 6 of Cozumel Island, which has an area of 1,040.00 m2, facing Rafael E. Melgar Avenue, which communicates directly to the north hotel zone
with the center of the island, and a view of the Caribbean Sea behind, the NATIVE CONDOS project is implemented.
NATIVE CONDOS consists of a multilevel vertical building, of condominiums of a housing with 24 apartments of 1 and 2 bedrooms per level, planted in 13 levels living quarters, plus common ground floor and two-bedroom penthouse with semi community.
Starting from the access, this will be done by the Rafael E. Melgar Avenue. The owners who have vehicle, will have a space for parking it at the in front of the building, in the large parking lot with 18 seats, plus 10 spaces for motorcycles or bicycles.
The entrance is marked in a single entry, whose way ends at the Lobby entrance. On the ground floor, the project has several spaces for community use for the property owners: Gym, Kids Club with Sandbox
Games, Yoga Room, Laundry, Lobby, Garden for Dogs, and Baths by gender. Outside, we take advantage of the Free area to have a large swimming pool with a splash pool and a deck with a palapa and space for a barbecue. You also have a sunbathing area by the pool. Vertical circulation will be done by two exclusive service elevators, next to the entrance, or through the stairs at their sides.
From the first level of construction, we found the disruption of the living units. At each level, we found two type units:

P2#374154416
top
Embassy Realty has made every effort to obtained the information regarding these listings from sources deemed reliable. However, we cannot warrant the complete accuracy thereof subject to errors, omissions, change of price, rental or other conditions, prior sale, lease or financing, or withdrawal without notice.
Seller Login